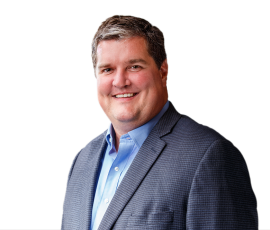 Chris Kennedy, a veteran of political, association and think-tank communications, serves as senior director of strategic communications for the U.S. Travel Association.

After covering state and federal politics for the local paper while attending Washington College in Chestertown, Md., Kennedy quickly determined that he lacked the requisite objectivity for journalism and joined the nearest Republican congressional campaign.

Since moving to D.C. a short time later, Kennedy’s career has included stints on Capitol Hill and at The Heritage Foundation, the Wine & Spirits Wholesalers of America and the Cato Institute. He is the quintessential “guy behind the guy,” having booked hundreds of radio and television interviews, penned quotes that have appeared in every major U.S. daily and wire service, and ghost-written opinion pieces for such publications as the New York Times, the Washington Post, the Los Angeles Times, Roll Call and Politico—but almost none bearing his own name.