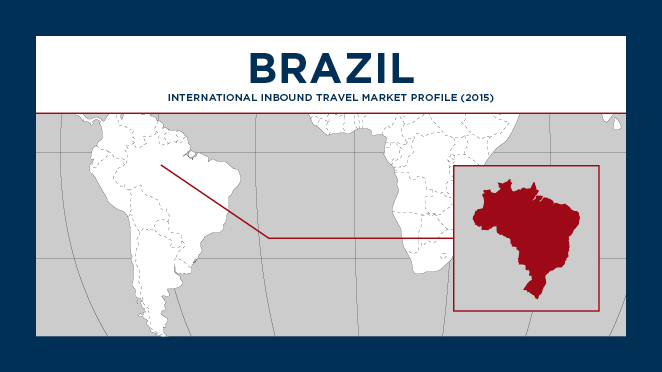 Inbound travel from Brazil declined considerably (-24%) in 2016; total visitations from the country fell from 2.2 million in 2015 to 1.7 million in 2016. While Brazil was the third-largest overseas inbound market in 2014, its rank fell to fifth largest in 2015 and sixth largest in 2016. A deep recession since early 2014 that continued into 2016, and a severe depreciation of the Brazilian real versus the U.S. dollar, have made travel to the U.S. considerably less affordable.

This summary profile describes visitations and spending by Brazilian travelers in the United States.