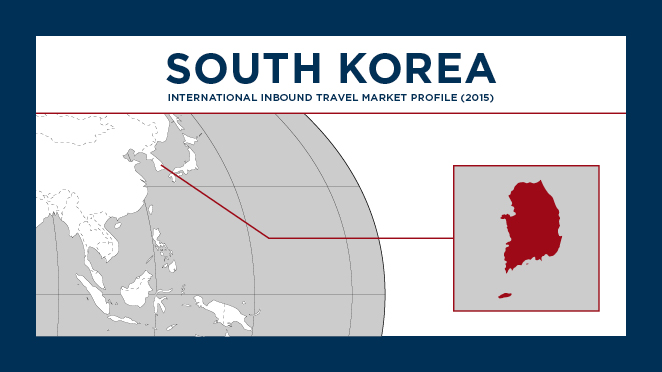 While visitations to the U.S. from most countries decreased in 2016, visitation from South Korea increased by a whopping 12 percent, faster than any other top-20 inbound market except China and Argentina. With 2.0 million visitations to the United States in 2016, South Korea again improved its rank, surpassing Brazil to become the fifth largest overseas inbound travel market. After many years of sluggish—if not negative—growth, two important factors contributed to sustained U.S. visitations and spending over the past five years: South Korea’s entry into the Visa Waiver Program (VWP) in 2008, and a Free Trade Agreement with the U.S. in 2012.

This one-page summary profile describes visitations and spending by South Korean travelers in the United States.