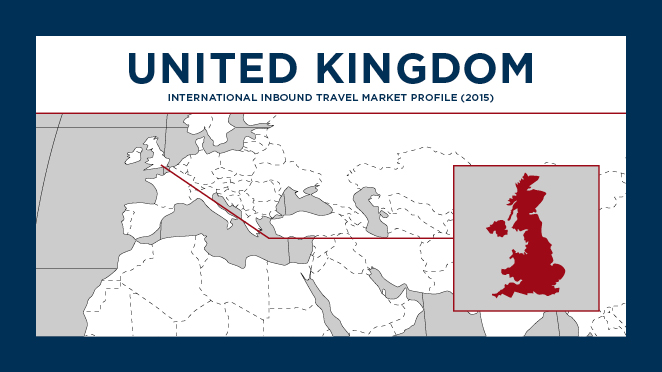 The United Kingdom has always been a key inbound market to the U.S., and has ranked No. 1 of all overseas countries every year since 2001. The U.K. accounted for 12 percent of overseas visitations to the U.S. in 2016 and 8 percent of overseas travel exports. Although the U.K. will remain the top overseas inbound market in the medium term, the recent Brexit vote—and the subsequent fall in the value of the pound—has significantly affected British travel to the United States. Visitations fell by nearly seven percent in 2016, and are estimated to have declined further in 2017.

This one-page summary profile describes visitations and spending by British travelers in the United States.