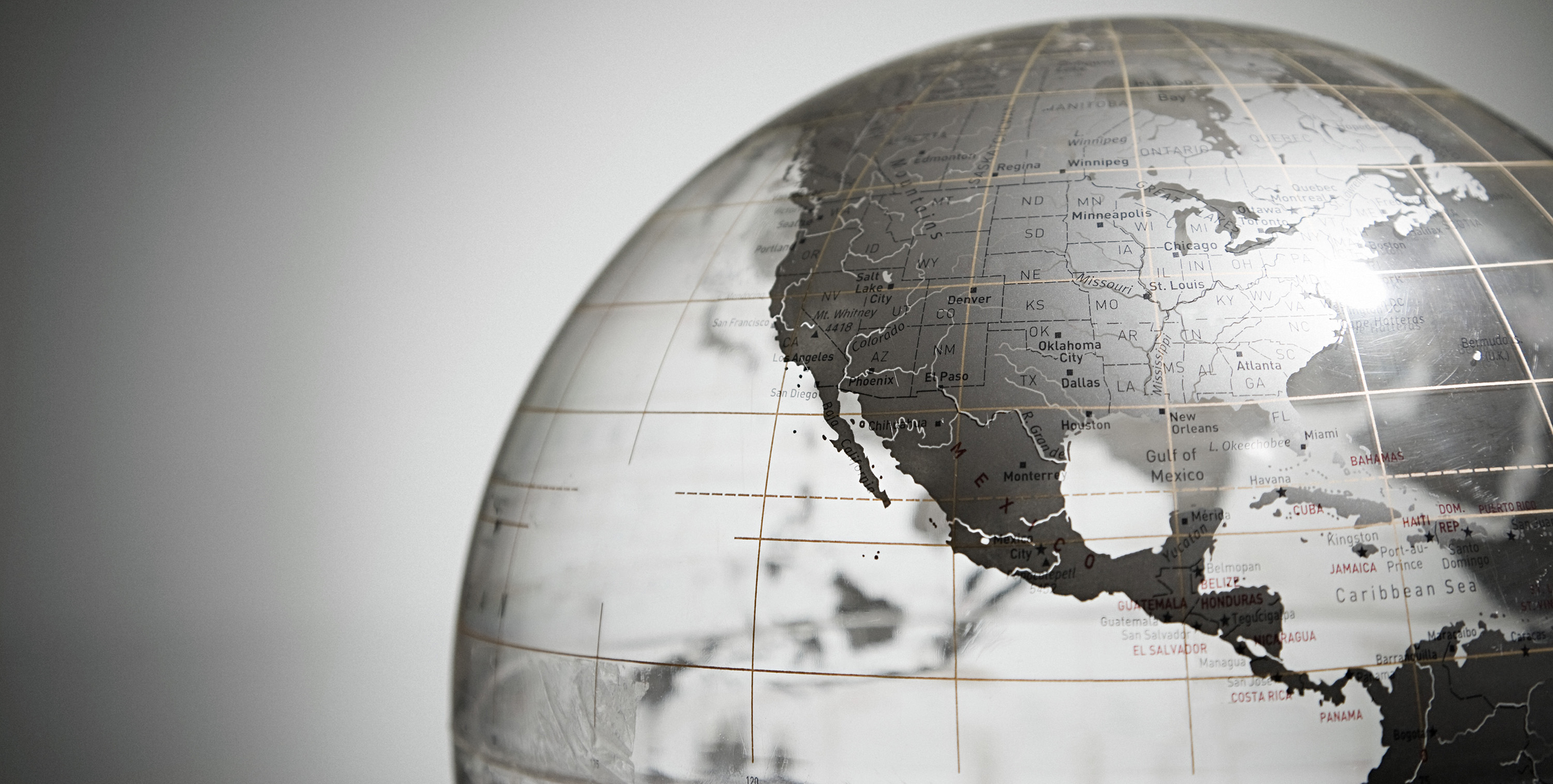 U.S. Travel continues to monitor developments on the Zika virus and its potential impact on travel and tourism. After months of urging legislators to act, the travel community is relieved that Congress passed a short-term resolution that includes $1.1 billion in emergency funding to combat Zika. 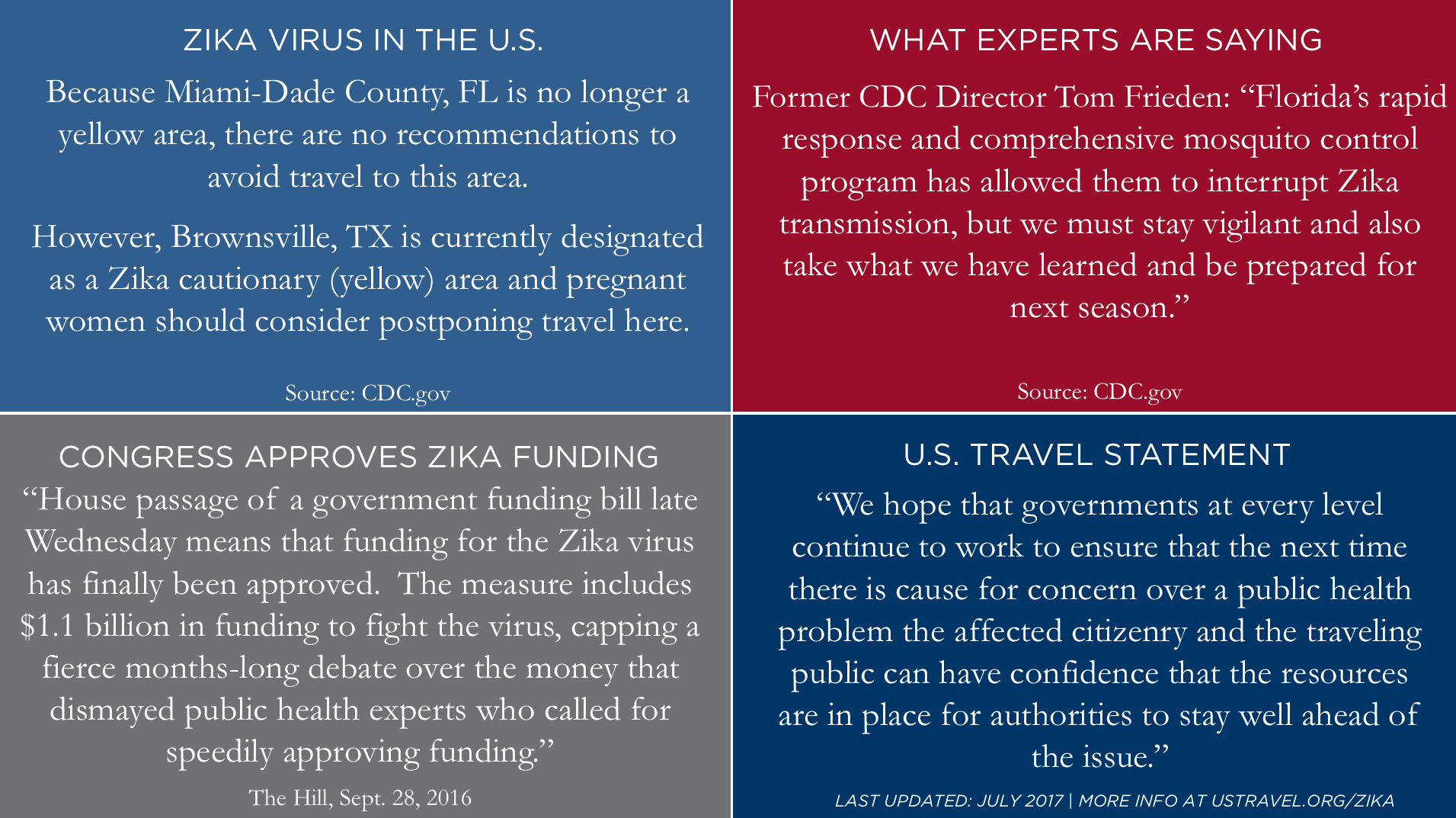 Since the first advisory in August 2016, the CDC has updated its travel and testing guidance to include red and yellow area designations:

The World Health Organization has publicly cautioned against instituting travel or trade bans in response to the Zika virus.

General talking points and additional industry resources are available below. Links to official sources can be found on the right-hand bar.

Zika Virus: What Experts Are Saying

Ways to Protect Yourself From Zika 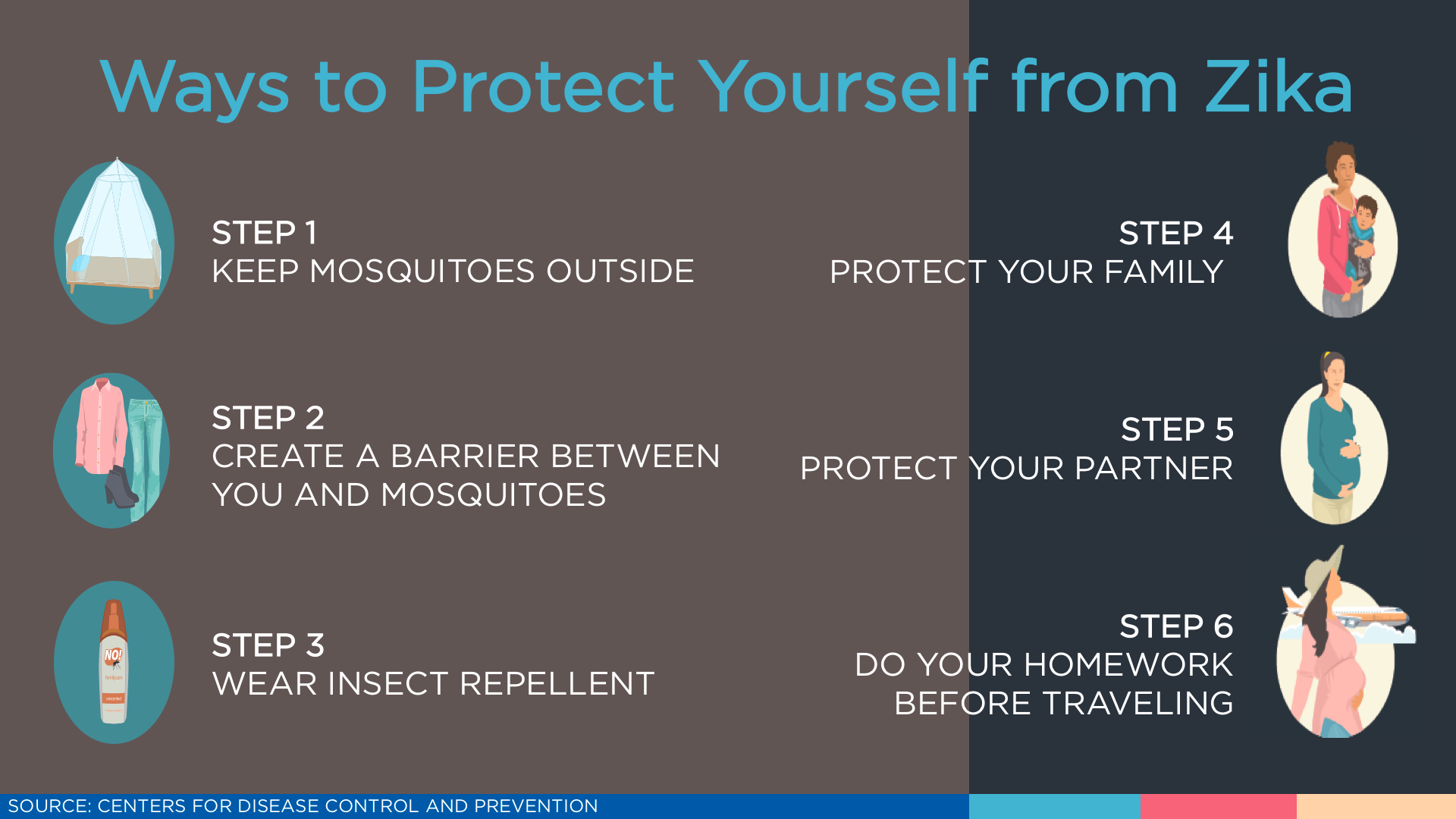