Arne Sorenson, president and CEO of Marriott International, and Randy Smith, co-founder and chairman of data and analytics firm STR, were inducted into the U.S. Travel Hall of Leaders Tuesday night.

Inclusion in the Hall of Leaders, widely regarded as the highest honor in the travel industry, is bestowed to recipients by the U.S. Travel Association for "sustained, noteworthy contributions that have positively impacted the travel industry, stimulated greater achievement and raised industry-wide standards."

"Arne and Randy have been fantastic leaders at their respective organizations. For decades, they've been vocal advocates for the industry, focusing on economic growth and job creation through travel," said U.S. Travel President and CEO Roger Dow.

"Arne has demonstrated exceptional leadership at the helm of one of the world's premier travel brands. Randy has overseen a company that has been the industry standard for measuring the health of the hotel economy. Both have made invaluable contributions to our industry by going above and beyond the call to advance excellence in travel and tourism." 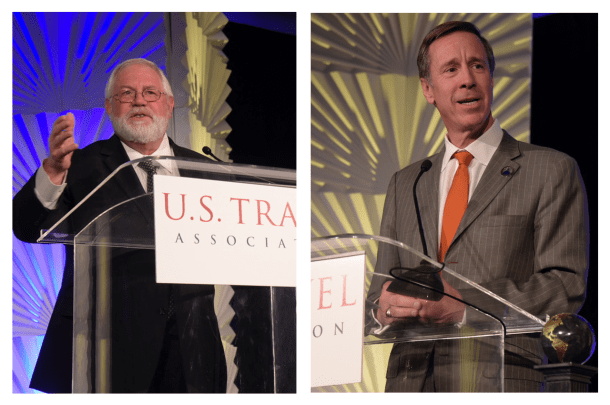 Sorenson joined Marriott in 1996. In 2012, he became the third CEO in the company's history—the first without a Marriott surname. As a longtime member of the U.S. Travel Association, he has invested his time and experience to advance the industry. In addition to his role as chair of U.S. Travel's CEO Roundtable, Sorenson is heavily involved with Brand USA, serving as treasurer and chairman of its finance committee. He also served as vice chair of the President's Export Council under President Barack Obama, helping to raise visibility of travel industry issues at the highest levels of government.

Smith co-founded STR (formerly Smith Travel Research) in 1985. He revolutionized the hotel industry by providing data and benchmarking that helps inform decisions and drive strategies. Smith's contributions have been recognized with numerous awards. 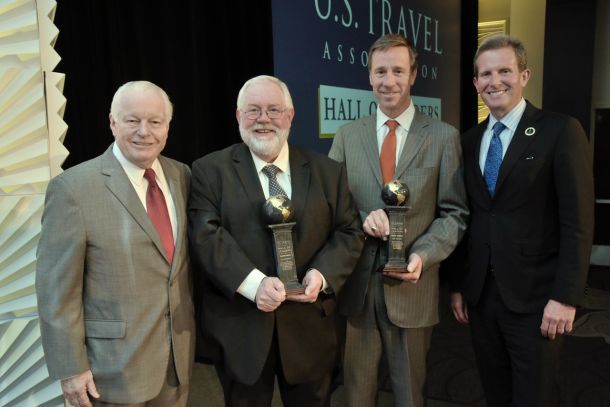