Happy GMID to You

On Thursday, tourism, meetings and events professionals around the world celebrated the third annual Global Meetings Industry Day to spotlight the real impact these events have on our lives. Here are some highlights.

Industry professionals from around the world celebrated the power of face-to-face connections on Global Meetings Industry Day (GMID). The event—organized by the Meetings Mean Business coalition—highlighted the value of business meetings, conferences, conventions, incentive travel, trade shows, exhibitions and other face-to-face gatherings. From New Orleans to Kuala Lumpur, professionals in cities around the world organized events to spotlight the impact that meetings have on our lives.

This year’s theme was “Real Results, Real Impact, All Around the World.” The theme was fitting: according to a study from Oxford Economics, meetings and events in the United States supported 5.9 million jobs and $845 billion in economic impact in 2016.

The celebrations held were as varied and creative as the destinations in which they were hosted. A record-breaking 200+ events across six continents (breaking 2017’s record of 120 events) took part in the festivities. Here is a look at some highlights:

“Our industry is the front door to economic development,” said Dow, employing a refrain he has used often.

And of course, a meeting in the Big Easy wouldn’t be complete without a bit of pageantry, in which the panelists were pleased to participate: 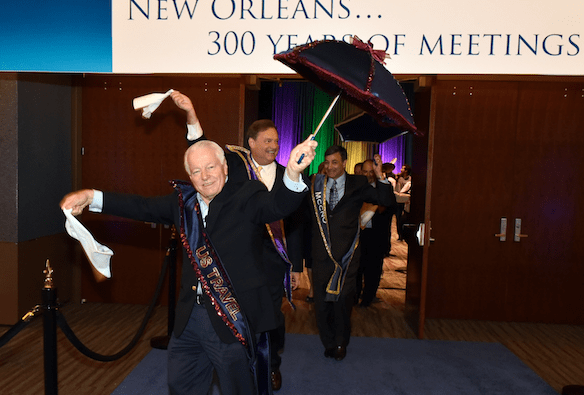 Chicago
Mayor Rahm Emanuel and David Whitaker, president and CEO of Choose Chicago, announced on GMID the record tourism levels that Chicago reached in the first quarter of 2018, which saw group room bookings in the city increase by 20.5%.

“Tourism in Chicago means jobs throughout Chicago,” Emanuel said. “By continuing to set new tourism records and bring millions more people to Chicago every year, we are creating jobs and generating economic opportunities that reach every Chicago neighborhood.” 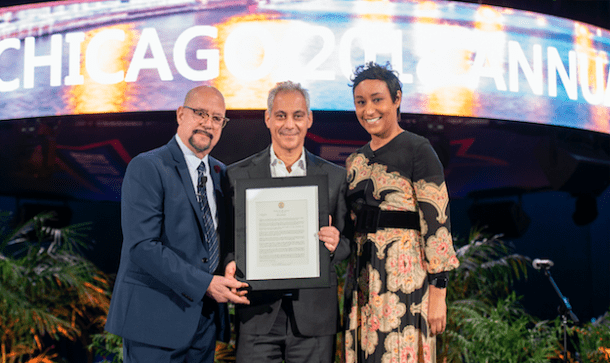 New York
To kick off the celebration, New York’s Empire State Building lit up in blue on the eve of GMID.

Washington, D.C.
Chris Krebs, the Department of Homeland Security (DHS) Assistant Secretary for Infrastructure Protection and President Trump’s nominee for Undersecretary of the National Protection and Programs Directorate, filmed a video of support for GMID on behalf of DHS Secretary Kirstjen Nielsen.

“Every year, meetings and exhibitions support millions of jobs and contribute hundreds of billions of dollars to the U.S. economy. With such a large impact, it is critical that these events are safe and secure,” said Krebs.

Las Vegas
The Las Vegas Convention and Visitors Authority met at the Venetian Theater on the city’s famed Strip to celebrate the 65,000 local jobs associated with the meetings industry.

.@LVCVA is proud to celebrate the 65k #jobs and $9.3 billion local economic impact of the meetings industry. How are you celebrating Global Meetings Industry Day? #GMID18 #LasVegas @meetingsmeanbiz pic.twitter.com/atmAeAWdMW

“Global Meetings Industry Day offers a wonderful opportunity to highlight the important role professionals in the meetings and events industry play in our communities. Their expertise and skills ensure the success of conferences, trade shows and business meetings held across the world,” said Trudeau.

Dublin, Ireland
GMID hit the Emerald Isle, and the staff at Croke Park—the third-largest stadium in Europe with more than 100 meeting and event spaces—shared a short video to celebrate the day.

Granada, Spain
The Iberian Chapter of the International Congress and Convention Association held its annual meeting on GMID in Granada.

Celebrating the Global Meetings Industry Day (GMID) with our industry partners at our rooftop venue, FireFly.

This gathering reflects the commitment of Marriott International in the meeting industry! #GMID18 #MarriottMeetings#WestinDubaiAHC #MarriottintlMEA pic.twitter.com/cdjqz4VuAO

GMID was featured in media like the Las Vegas Review-Journal, the Register-Guard, International Meetings Review and Associations Now.

This year’s Global Meetings Industry Day was the largest event yet and fully exemplified the theme of “Real Results, Real Impact, All Around the World.” Overall, this was a huge success and U.S. Travel is looking forward to working with Meetings Mean Business again for next year’s event on April 4, 2019. 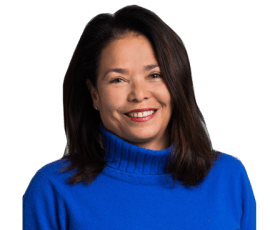