The report comes amidst a renewed push from the Big Three U.S. carriers (American, Delta and United) to convince the U.S. government to freeze Open Skies agreements with Qatar and the United Arab Emirates, which would result in service reductions from the Gulf airlines and the loss of thousands of American jobs.

“Emirates, Etihad and Qatar Airways fly to the U.S. from previously underserved routes around the world, and provide needed disruption in the U.S. aviation space,” said U.S. Travel Association President and CEO Roger Dow. “International travelers are a proven boon to U.S. jobs, exports, tax revenues and economic growth, so the federal government should be doing everything it can to bolster connectivity and the number of carriers in the passenger aviation marketplace.

“Every city with a Gulf carrier flight can attest—Open Skies agreements, and the airline competition they engender, is a pure positive for passengers and for local economies. End of story.”

Had the U.S. government enforced a freeze on Gulf carrier flights requested by the Big Three in 2015, it would have resulted in the loss of 2,650 American jobs in 2015 and 4,400 jobs in 2016. U.S. Travel and its members have been actively opposing the Big Three’s campaign to unravel Open Skies since early 2015.

(Disclosure: Etihad Airways joined U.S. Travel as a member in February of this year, and Emirates joined in May. Qatar Airways is not a U.S. Travel member.) 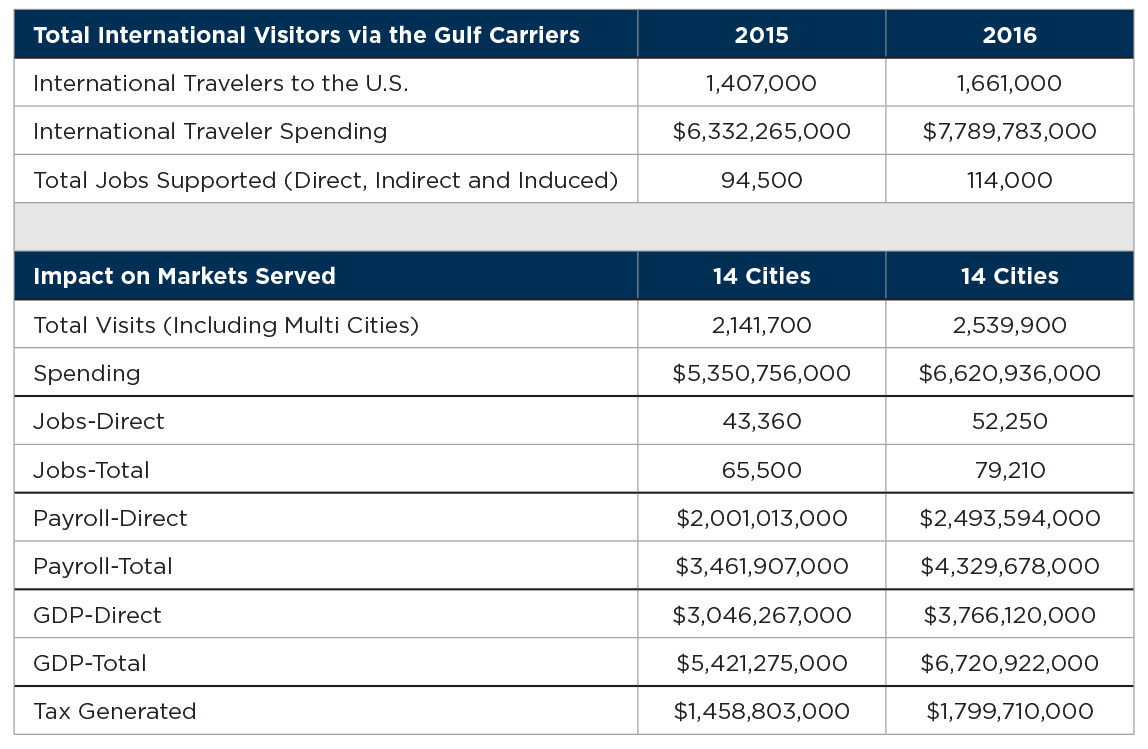 Additionally, spending by visitors who arrived in the U.S. on a Gulf carrier flight generated nearly $1.8 billion in state and local tax revenue. 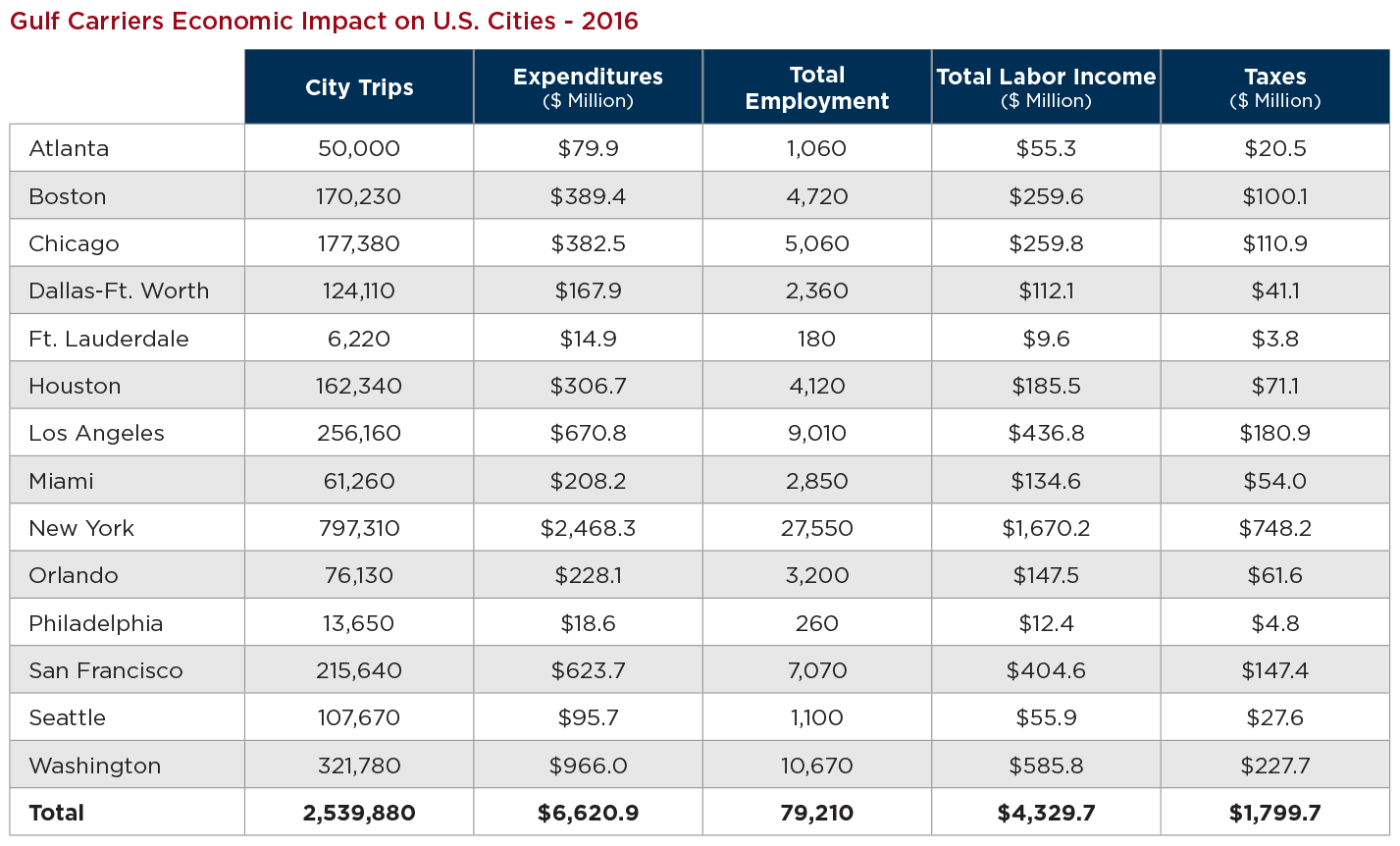 It is also worth noting that currently, the Gulf carriers only compete head-to-head with the Big Three on two routes: Milan-JFK and Athens-Newark.

Dow continued: “The economic benefits of Gulf carrier routes echo far beyond the major gateway cities their planes fly into. We’ve got to remember that nearly 30 percent of Gulf carrier passengers transfer to a domestic flight once they’ve arrived, spreading their impact into hundreds of destinations across America. Just last year, that was nearly 1.7 million people who might not have flown to the U.S. otherwise, staying at our hotels, eating at our restaurants, supporting our local businesses and enjoying all the country has to offer.”

“Today’s report makes it clear: upholding our Open Skies agreements with Qatar and the UAE is good for American jobs, good for communities, and sets a precedent that bodes well for our economy.”

Online versions of the tables are available here and here.

U.S. Travel Association is the national, non-profit organization representing all components of the travel industry. In 2020, travel generated $1.5 trillion in economic output and supported 11 million jobs, a drastic decline from pre-pandemic figures. U.S. Travel's mission is to increase travel to and within the United States. Visit ustravel.org for information and recovery-related data.