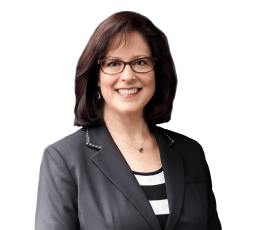 Cathy Reynolds oversees all aspects of the press and media operations program for U.S. Travel’s IPW, the premier international inbound trade show for the United States, formerly known as International Pow Wow. In this role, she recruits and manages a delegation of more than 500 international and domestic media from 70+ countries, as well as managing the all-day Media Marketplace, IPW press conference program and the IPW Travel Writer Awards.

Reynolds has nearly three decades of experience at U.S. Travel, having most recently worked for more than twelve years in the company’s renowned public affairs department, where she was responsible for conveying the association’s public affairs, research, and advocacy initiatives to political, business and trade media, both domestic and international. She has also held positions in their market research, communications, and tourism awareness departments.

Reynolds has extensive media relations experience and has appeared live on CBS This Morning and ABC’s World News Tonight, as well as many local network and national cable news programs. Born and raised in the Northern Virginia area, she holds a Bachelor of Arts degree in Speech Communications from George Mason University. In her spare time, Reynolds and her husband travel as much as possible, exploring both the United States and international destinations.