Last week, the Bureau of Labor Statistics (BLS) released the latest employment data, which showed that the Leisure & Hospitality (L&H) industry still remains far behind in its recovery of lost, and desperately needed, jobs.

Big picture: L&H remains far behind both in terms of the share and absolute number of jobs still lost.

Go deeper: There are 1.2 million jobs that remain lost as part of the entire economy and 500,000 jobs lost from the overall private sector as of April 2022. As a result, for the first time since the start of the pandemic, there were more jobs still lost in L&H than in the entire economy and the overall private sector. This can be explained by the fact that many industries have already recovered their lost jobs (the 1.2 million is thus a “net” number where jobs lost are offset by jobs gained), as can be seen in the chart below. 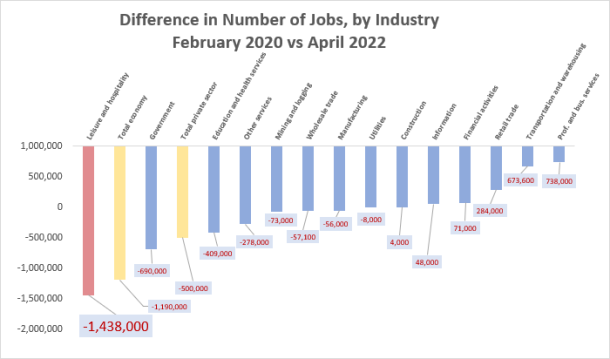 What this means: The jobs loss in L&H is not due to a lack of openings. In fact, with 1.7 million job openings (a disproportionate 15% of total U.S. job openings), the industry is eager to fill lost jobs.

Why it matters: The industry needs to find, recruit and retain employees.

The problem: There are significantly more open positions than the number of unemployed workers both within the L&H industry and the economy as a whole.

Our view: In addition to encouraging and training more Americans to enter the workforce and start careers within the L&H industry, there is a critical and immediate need to bring in temporary foreign workers as we head into what will likely be a summer season of strong recovery and high demand. 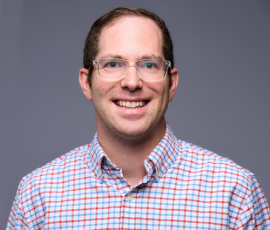