Guest Column: A Travel Industry Discussion of Race and Racism

Destination DC President and CEO and U.S. Travel Association National Chair Elliott L. Ferguson was joined by other prominent black industry leaders for an important conversation about race and diversity within the travel industry and how we can work toward a more inclusive environment.

In the weeks since the death of George Floyd, the issue of systemic racism in America has rightfully been at the forefront of the national conversation, driving a groundswell that cannot and must not be ignored. Our industry is among those contemplating a path to meaningful change. In my role as U.S. Travel’s national chair, I was proud to lead a discussion of race and racism on Thursday before nearly 2,000 of my travel colleagues.

We offered personal perspectives on current events, looking specifically at how leaders of all backgrounds can make meaningful changes both in the workplace and around our industry to promote racial equality at all levels and set an example for future leaders across economic sectors.

Why are we having this conversation?
We need to be comfortable having uncomfortable conversations. This is not simply an issue of diversity and inclusion. There need to be discussions about slavery and Jim Crow, and how these are not issues of the past, but issues that have echoed through the centuries and affect us today. Racism is systemic, and we all have a role to play in discussing its origins. This is a learning and growth opportunity.

At the start of the webinar, I noted that there are four types of people listening to the discussion: some are concerned; some don’t know what to say; some are scared; and some, unfortunately, won’t seriously attempt to understand the issues their black colleagues face. But these are discussions we need to have and then follow them with action if we are to effect real change in our country.

Unconscious bias
A key focus of our conversation was unconscious bias—the prejudices that people unwittingly hold. Michelle, Brandon, Ernie and I shared remembrances (some not too distant) when we had our position or success belittled by another who may not have even realized their comments or actions were hurtful, and some blatant examples of racism. Our group spans generations, but we all could recall a painful moment when we were made to feel “less than” due to the color of our skin.

Specifically, I can recall a time when I received an award at a prestigious industry event. I had just delivered remarks, professionally dressed in suit and tie. But the moment I stepped off the stage, someone assumed I was a waiter and asked me to refill their glass. You can be dressed in business attire and speak professionally and still be targeted because of your skin color.

There is strength in diversity
Diversity strengthens organizations, but many business leaders don’t prioritize diversity in the workplace as an asset. The reality is our organizations are stronger, more effective and more profitable when we have people thinking about things differently.

Brandon shared his experience as a high school student and explained that he was presented with very few options for a potential career: law enforcement, social work or enlisting in the Army. No one told him he could work in Silicon Valley, no one told him he could travel for his job. As he moved on to college and the early years of his career, he described the feeling of starting a race 200 meters behind his peers and trying to catch up. He also described a time when the head of a DMO issued him a prophetic warning that he would be pulled over by the police in a certain part of town. As leaders in tourism, we need to ask ourselves: do black visitors feel safe and welcome in our destinations? Do we represent diversity in our marketing?

Moving forward
You may not understand a black friend or colleague’s experiences, but you can walk beside them and commit to deepening your education on racism in America.

And to paraphrase Michelle: we can have conversations, but we need to follow through with action. Inspired by his own experiences, Brandon is working with sales executives across the country to recruit from historically black colleges and universities. Michelle is focused on creating an internship program for underserved communities to show young black students that there are opportunities for them in association management.

Ernie eloquently stated that the potential of this country has never been fulfilled. The Founding Fathers launched the greatest social experiment in the history of mankind, but it was a vision that did not include black people. This is a watershed moment, and we have an unprecedented opportunity to move closer to realizing the full potential of this great country.

To truly help our industry move forward, here are some steps you can take: 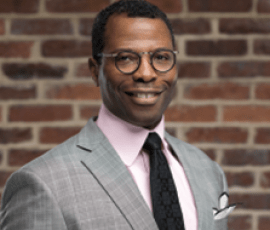