Here are some of April 2018’s most compelling findings from the U.S. Travel research team.

Majority of Americans Looking to Travel Want to Stay in the U.S.

Americans are keen to travel domestically: according to the U.S. Travel Barometer, 84 percent of U.S. residents searching for lodging in March were looking within the U.S. Interest in domestic travel is up from this time last year, with 76 percent of Americans searching for lodging in March 2017 looking within the U.S. Europe was much more of a draw in March of last year with the U.K., France and Spain capturing a greater share of domestic search than March 2018. 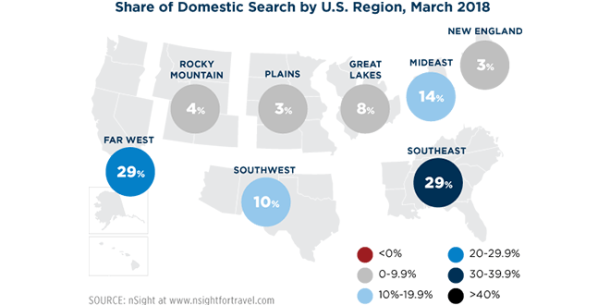 However, international passengers decreased slightly from January 2017 numbers, falling less than one percent to 17.5 million. 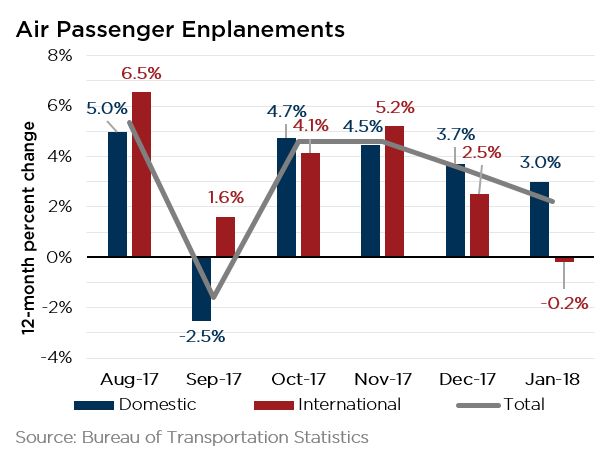 Hotel Demand on the Rise 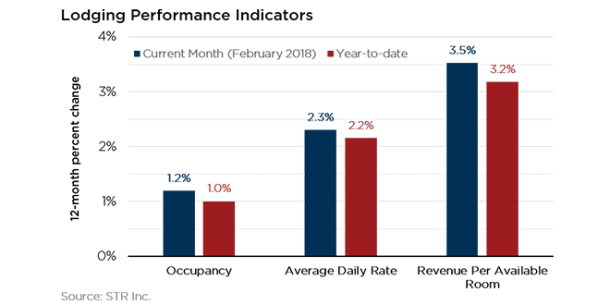 A deeper dive into the data and insights available in the April 2018 U.S. Travel Outlook—which includes the latest data on employment, transportation, inflation, consumer confidence and more—is online here.