Research Round-Up: Travel Searches and Consumer Confidence at the Top of 2018

Here are some of February 2018’s most compelling findings from the U.S. Travel research team.

How Consumers Felt About the Economy as the New Year Began

A more detailed look at the data shows that consumers were somewhat ambivalent about their income prospects over the coming months, perhaps the result of some uncertainty regarding the impact of the recent tax legislation (businesses, meanwhile, have so far reacted very favorably). Overall, American consumers seem quite confident that the solid pace of economic growth, low unemployment and wage growth seen in late 2017 will continue into 2018. 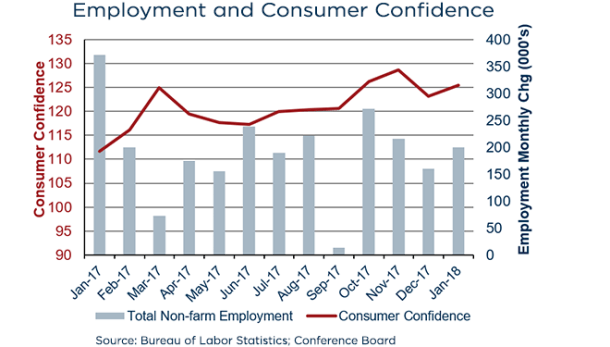 More Americans Want to Travel Domestically. Where Are They Looking?

The Southeast region of the U.S. (which includes Florida, Georgia and Louisiana) captured the largest share (34 percent) of domestic searches in January—on par with January of 2017. 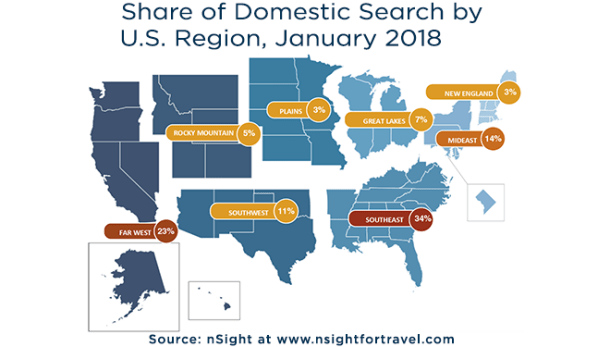 America’s share of the global travel market has declined over the last two years, from 13.6 percent in 2015 to 11.9 percent in 2017. The U.S. captured less than 10 percent (9.9 percent) of international searches in January, according to the latest U.S. Travel Barometer. This is down from 12.7 percent in January of last year, and from 2017’s average of 13.7 percent. The U.S. remained behind Spain as the second-most-searched international destination in January.

As far as where international travelers wanted to go in the U.S.: the Far West region (which includes California, Alaska and Hawaii) surpassed the Southeast and Mideast as the top-searched U.S. region in January, capturing 30 percent of international searches. 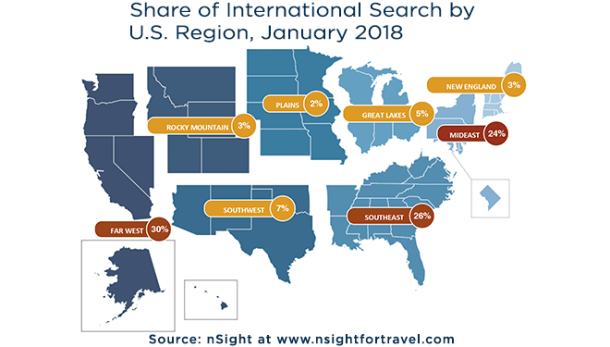