Late last week, the U.S. Department of Labor reported the economy added 224,000 nonfarm jobs in June, while the unemployment rate edged up slightly to 3.7%. According to U.S. Travel Association economists, travel employment increased by 12,200 in June, marking the 10th increase in the past 12 months.

Job increases were mostly seen in the lodging and airline industries. Travel-generated employment showed little change over the month in food services/drinking places and retail industries. Jobs declined slightly in the amusements/gambling/recreation industry. 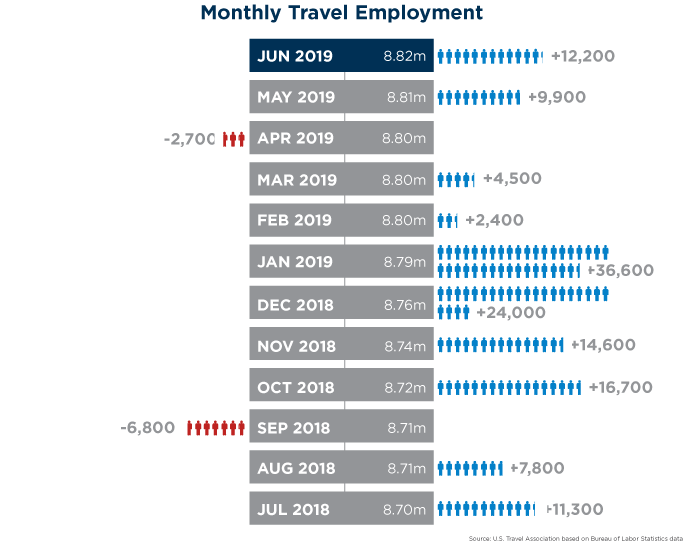 For more information about U.S. Travel, please contact us at: