It’s no secret that this year has been tremendously difficult on practically every sector of the hard-hit travel economy.

As the pandemic plunged America into lockdown in March, hotels across the country experienced a drop in occupancy and room rates. This had at least one notable ripple effect: a decline in average daily rate (ADR), the measure by which the U.S. General Services Administration (GSA) sets its annual per diem rate (the daily allowance federal workers receive for lodging expenses) for the year. The decline in ADR due to the public health crisis threatened to sharply skew the GSA’s per diem formula.

Fortunately, thanks to the efforts of the Meetings Mean Business coalition and our House and Senate champions, GSA has acknowledged that the March ADR is a significant outlier, and will instead base next year’s per diem rate on the ADR from March 2019 through February 2020.

This is welcome news for the meetings and events industry, which has suffered devastating losses during the necessary shutdowns of the pandemic and will be one of the last segments of the travel industry to reopen. We think shifting the measurement window is a great start, but more must be done to ensure the per diem is set at a fair, reasonable rate in the years to come.

To that end, Congress should consider a stand-alone bill to freeze federal per diem rates for at least the next two years. Reps. Charlie Crist (D-FL) and Bill Posey (R-FL) introduced a bill (H.R. 6995) in May to do just that, and we’re hoping a Senate bill will soon follow. Freezing the per diem rate would provide much-needed consistency to all segments of the travel industry over the next few years as we work to recover from this crisis.

This is crucial, as U.S. Travel Association economists estimate a staggering $109 billion in business travel spending has been lost since early March (March-July), a 71% decline from the same period last year. The revival of the business travel sector—which is supported, in part, by federal workers—is a critical component of America’s overall recovery efforts.

The Meetings Mean Business coalition thanks our congressional champions and the GSA for their work on this issue, and we will continue to work with Congress to pass legislation to freeze the per diem rate.

Roger Dow was the former president and CEO of U.S. Travel Association, the Washington, D.C.-based organization representing all segments of travel in America. U.S. Travel’s mission is to increase travel to and within the United States. View Profile ›

Learn more about this author
Fred Dixon is president and CEO of NYC &amp; Company and co-chair of the Meetings Mean Business Coalition. View Profile › 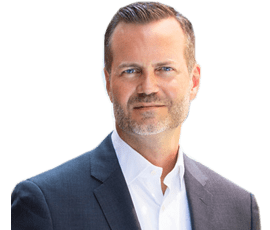