The Labor Department reported today that total nonfarm payroll employment edged up by 103,000 new jobs in March–the smallest gain in five months. This follows much more significant growth in February (+326,000 jobs).  At the same time, the unemployment rate remained unchanged at 4.1 percent.

According to a U.S. Travel Association analysis of the March jobs report, the travel industry added only 3,900 jobs in March, in keeping with the nationwide slowdown. This follows the more robust travel employment growth seen in February. 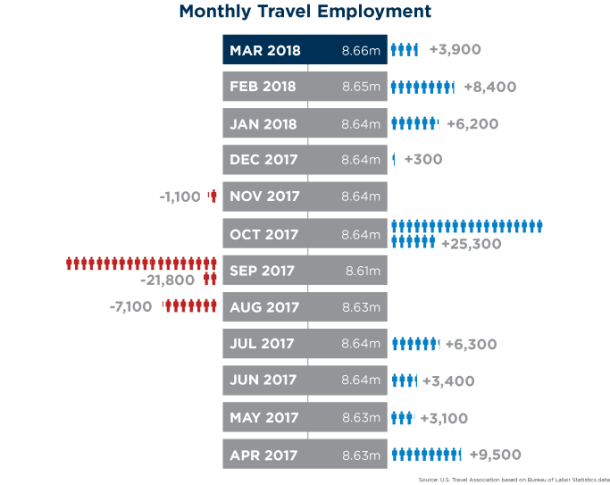 While employment in the lodging industry edged up in April, most other travel-related industries saw no job growth.

Notably, however, March marked the fourth consecutive monthly increase in travel employment. While this month’s growth is slower, it follows the job declines in three of the four months between August-November 2017. This signals positive travel job growth momentum overall leading into spring.