There could very well be a new federal holiday on our calendars: the Juneteenth National Independence Day Act, which would make Juneteenth a federal holiday, was just reintroduced in Congress with significant bipartisan and bicameral support.

Sometimes known as “Emancipation Day” or “Jubilee Day,” Juneteenth commemorates the end of slavery in the United States. The holiday takes place on the anniversary of Union Army Major General Gordon Granger’s June 19, 1865, announcement in Galveston, TX, that, in accordance with the Emancipation Proclamation, “all slaves are free.”

U.S. Travel worked closely with the bill’s sponsors to build support for the proposal and urges its swift passage. We believe that the holiday can foster a more complete understanding of our nation’s history and bring even greater meaning to the unifying power of travel.

In a press release issued by the bill’s cosponsors, U.S. Travel Executive Vice President of Public Affairs and Policy Tori Emerson Barnes praised the holiday as an opportunity to “[appreciate] our shared history and collective future, while furthering our commitment to listen, to educate, and to engage in necessary conversations.”

The establishment of Juneteenth as a federal holiday makes good economic sense, too. According to U.S. Travel’s estimates, a new holiday weekend in June would spur 46 million Americans to travel, which would generate $17.4 billion in travel spending—directly supporting 143,000 jobs and producing $2.7 billion in government tax revenue.

Juneteenth is currently recognized by 47 states and the District of Columbia as an official state holiday or observance. 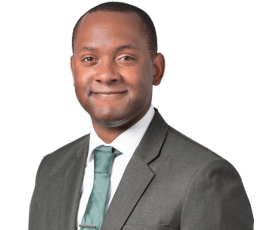