While each new year presents its own successes and challenges, 2019 was tremendously successful for the U.S. Travel Association and the members we serve. Although the year started with a government shutdown, it ended with several major legislative victories that will strengthen travel for years to come.

Brand USA
U.S. Travel’s biggest win of 2019 came with just days left in the calendar: the reauthorization of Brand USA, this year’s No. 1 legislative priority. The spending bill that contained Brand USA’s reauthorization passed the Senate by a vote of 71-23 on December 19.

Brand USA’s seven-year renewal by Congress is the culmination of an enormous collective effort by U.S. Travel members, partners, stakeholders and champions. A steady advocacy drumbeat throughout the year impressed upon Congress the urgency of renewing this valued program. In October, U.S. Travel Executive Vice President of Public Affairs and Policy Tori Barnes testified in support of Brand USA before the House Subcommittee on Consumer Protection and Commerce. Days later, that subcommittee overwhelmingly passed legislation to reauthorize Brand USA (H.R. 3851). 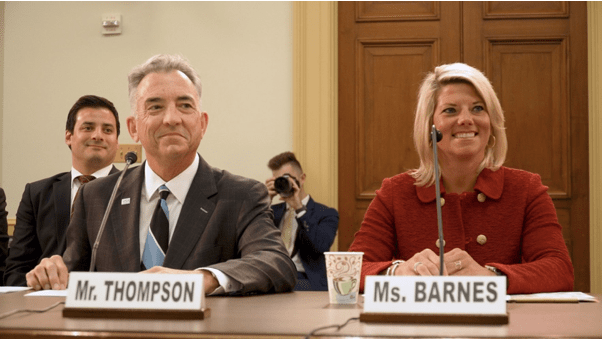 U.S. Travel also worked alongside our industry partners and congressional champions to obtain signatures on House and Senate “Dear Colleague” letters in support of the program, resulting in 142 cosponsors on the House bill (H.R. 3851) and 47 cosponsors on the Senate bill (S. 2203).

Brand USA was reauthorized despite a frenetic legislative calendar because the program’s value is clear: international inbound visitation is vital to the health of the economy, and it benefits every pocket of America.

REAL ID
U.S. Travel launched an education and policy plan to get Americans #REALIDReady ahead of the October 1, 2020 deadline for REAL ID enforcement.

The campaign launched in September with the release of a national survey that found nearly 99 million Americans do not have the proper identification to board an airplane starting next October. Based on this data, U.S. Travel economists were able to make some sobering calculations: if REAL ID standards were to be fully enforced immediately, at least 78,500 air travelers could be turned away at TSA checkpoints on the first day, costing the U.S. economy $40.3 million in lost travel-related spending.

U.S. Travel mobilized to correct the problem by ramping up consumer education and through a set of policy recommendations presented by Tori Barnes during testimony before a Senate subcommittee on October 17, as well as armed the industry and stakeholders who reach the traveling public with tools and resources to help inform Americans of next year’s deadline. 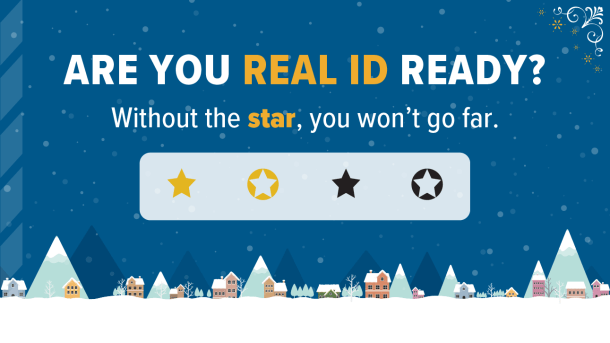 USMCA
The United States-Mexico-Canada Agreement (USMCA) passed the House on December 19. The Senate is expected to consider the measure early in 2020.

U.S. Travel has been vocal in its support of USMCA. Based on figures from the International Trade Commission, U.S. Travel estimated the USMCA would raise $1.7 billion in travel-generated economic output and create 15,000 travel-related jobs. We elevated the benefits to Congress and the administration, drawing acknowledgment from both the White House and Commerce Secretary Wilbur Ross.

Thank you for your support! Because of President @realDonaldTrump, we have negotiated the largest trade deal in American history--one that will create more balanced, reciprocal trade. It is now time for Congress to pass the #USMCANow. https://t.co/XhmLINSUPO …

U.S. Travel debuted its Travel Works Roadshow this summer with stops in St. Louis and Columbus, OH, featuring remarks from members of Congress, state and local officials and travel industry leaders. The purpose of the roadshow, which will continue in 2020, is to showcase travel’s economic importance on a state, regional and local level.

We launched Travel Works in the Midwest to showcase the region’s great destinations and highlight the fact that travel creates jobs and benefits communities in every corner of America—not just our gateway cities.

Visa Waiver Program
U.S. Travel was thrilled to see Poland admitted to the Visa Waiver Program (VWP) this year. The November 6 announcement was preceded by our appeals to the administration to expand the VWP to include greater numbers of qualified countries. The economic and security benefits of the VWP—long touted by U.S. Travel—continue to be acknowledged by the Trump administration.

IPW
IPW was once again a great success: more than 6,000 attendees from over 70 countries gathered in Anaheim, CA, June 1-5 for this year’s event.

At this year’s IPW, 110,000 business appointments were scheduled between suppliers and buyers, which is estimated to result in $5.5 billion in future international travel to the U.S. over the next three years. Additionally, 17 sports-affiliated organizations had booths on the show floor. More than 500 global media attended as well.

National Travel and Tourism Week
National Travel and Tourism Week 2019 (NTTW) kicked off on May 5, with cities and destinations across the country organizing hundreds of events and celebrations during the week. This year’s theme was “Travel Matters,” a recognition of the innumerable ways travel drives the economy, enriches lives and strengthens communities. Each day of NTTW showcased a different example of why travel matters to America.

More than 4,000 organizations participated on social media for a reach of 32 million. There were 70 proclamations from 25 states and Puerto Rico, and involvement from 57 members of Congress—up from just 10 the previous year.

Vacation usage advocacy
In support of our domestic leisure travel research, we conducted a field survey that found American workers left a record number of vacation days on the table last year—768 million days, up 9% from 2017. Of the unused days, 236 million were forfeited completely, equating to $65.5 billion in lost benefits. This research was released to the media to raise awareness of this trend, as well as distributed among the travel industry to help inform activations ahead of and on National Plan for Vacation Day (NPVD) in 2020.

How are YOU celebrating National #PlanForVacation Day?? Our staff added their 2019 travel plans to a push pin map. 100+ destinations and counting!

National parks
Progress was made this year to preserve America’s public lands. The John D. Dingell, Jr. Conservation, Management, and Recreation Act (S. 47) passed in March—named for the late former Congressman John Dingell (D-MI), who advocated for the permanent reauthorization of the Land and Water Conservation Fund, one of the many measures included in the package.

In November, the Senate Committee on Energy and Natural Resources passed the Restore Our Parks Act (S. 500)—a significant step toward tackling the nearly $12 billion deferred maintenance backlog in America’s national parks.

ESTO
The Educational Seminar for Tourism Organizations (ESTO) took place in Austin, TX, this year on August 17-20. A record-breaking 1,000 destination marketing professionals at the state, regional and local levels convened to learn about current marketing trends and the latest research and industry news.

Also announced at ESTO were the winners of the Destiny and Mercury Awards for destination marketers, as well as the State Tourism Director of the Year, which was presented to South Carolina’s Duane Parrish.

China visa wait times
As the third-largest overseas inbound market to the U.S., Chinese visitation is vital to growing the American economy. However, lengthy wait times for visas at the U.S. embassy and consulates in China threatened to dampen Chinese enthusiasm for travel to the U.S. In June, the average wait time for a visa was 34 days. By December 18, after U.S. Travel raised its concerns over lengthy wait times to the U.S. Department of State, that average dropped to a little more than six days.

U.S. Travel and Tourism Advisory Board
U.S. Travel and Tourism Advisory Board (TTAB) held a meeting in July, during which Secretary Ross and other administration officials provided the board with updates on travel-related policies that will help the U.S. achieve its goal of 116 million annual international visitors and $445 billion in annual travel spending by 2028. Secretary Ross opened the meeting by acknowledging how travel and tourism is “essential to the economy” and reaffirmed his department’s embrace of the national visitation goal.

U.S. Travel has been highly engaged with the TTAB and has long encouraged the administration to take up a national visitation goal.

Travel’s contribution to GDP growth
In April, the White House announced that U.S. gross domestic product grew at a 3.2% annual rate in the first quarter—fueled in no small part by the strength of exports. U.S. Travel has been consistently elevating to policymakers and the administration the critical role of inbound travel in generating export growth.

In 2018, 80 million visitors to the U.S. spent $256 billion—each and every dollar of which counts as a U.S. export. While the U.S. economy as a whole posted a deficit, the travel industry generated an impressive trade surplus of $69 billion. Without travel, the overall U.S. trade deficit would have been 11% larger.

Even the Empire State Building celebrated, lighting up blue for GMID.

Open Skies
America’s valuable Open Skies aviation agreements were upheld this year and are as strong as ever. In June, the U.S. and the United Arab Emirates concluded a successful dialogue on Open Skies policy in which both sides expressed their “ongoing commitment” to “fully maintain all aspects of their Open Skies relationship.”

U.S. Travel worked closely with the U.S. Department of State to ensure that these crucial agreements remained intact.

Communications Advisory Committee Meetings
The Communications Advisory Committee convened two successful meetings this year—in June at IPW and in December in Washington, DC. Senior communicators from our industry met to discuss industry priorities and how best to advance messaging with media and stakeholders. They also welcomed multiple guest speakers, including the travel editors of both the New York Times and Los Angeles Times, the TSA and the FBI.

Thank you for helping make this a successful year—it is truly a collaborative effort that produces real results for the entire U.S. travel industry. We look forward to advancing our efforts in 2020.

Roger Dow was the former president and CEO of U.S. Travel Association, the Washington, D.C.-based organization representing all segments of travel in America. U.S. Travel’s mission is to increase travel to and within the United States. View Profile ›