The latest Travel Trends Index (TTI) offers a substantially more pessimistic assessment of the U.S. travel economy than in months past, after a revised analysis reveals major storm clouds for the inbound international travel market.

The report updates earlier numbers with newly available data, and finds that international visitation—initially found to have grown consistently this year—actually contracted in four of the seven months for which data is so far available.

The declines were steepest in February (6.8 percent) and March (8.2 percent). U.S. Travel economists say the slight uptick in April is likely due to the travel-heavy Easter holiday falling in that month this year. 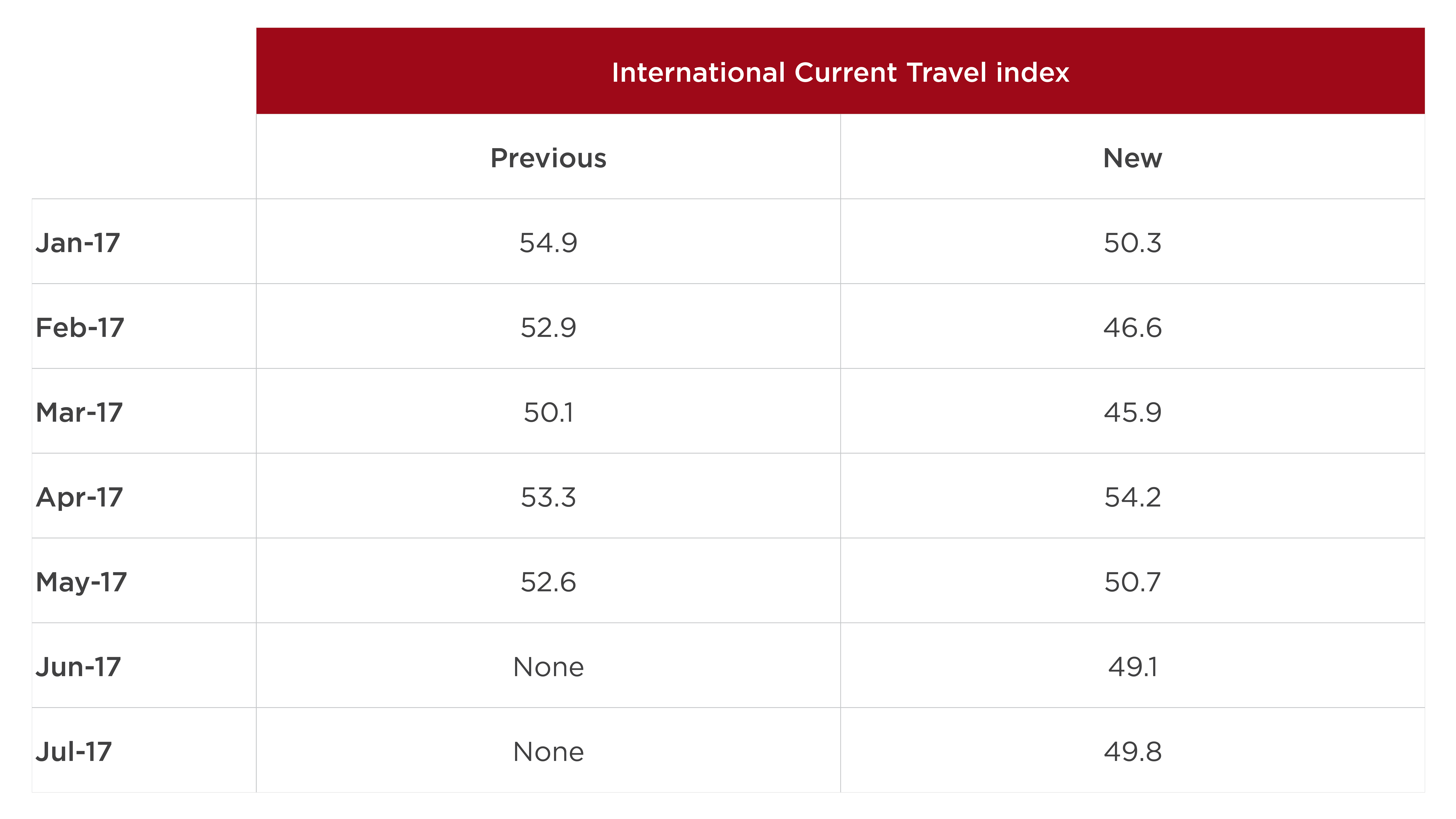 For the TTI, as in many similar indices, a score above 50 indicates growth while a score under 50 indicates decline.

U.S. Travel Association Senior Vice President for Research David Huether noted that the data revisions are in line with the international travel drop-off that the TTI has been predicting all year long.

“We kept projecting drops in international visitation, and they kept not materializing,” Huether said. “However, we recently were able to access new data inputs for the TTI to give us an even more comprehensive picture, and sure enough, the international travel segment has been far weaker than what was initially shown.”

The TTI is prepared for U.S. Travel by the research firm Oxford Economics. U.S. Travel and Oxford routinely seek to identify available data sources that add to the accuracy and comprehensiveness of the index. The data sets added to the latest TTI calculations came from IATA, OAG and other tabulations of international inbound travel to the U.S., and resulted in the downward revision of TTI results from earlier in the year.

With travel supporting one in nine American jobs and inbound international travel the No. 2 overall U.S. export, the head of U.S. Travel said the American economy can ill afford for this troubling trend to continue.

"The international travel market is ultra-competitive, and the U.S. is falling behind," said U.S. Travel Association President and CEO Roger Dow. "Fortunately, there are levers the Trump administration can pull to help right the ship—continue the Brand USA tourism marketing organization, and protect policies that enable international travel to the U.S., such as Open Skies aviation agreements and the Visa Waiver Program.

“Inbound travel to the U.S. already went through one ‘lost decade’ after 9/11,” Dow said. “It took a sustained national policy effort to return to the pre-9/11 level of travel exports, which only happened last year. If we don’t want to give back all of that progress, the time to act is now.”