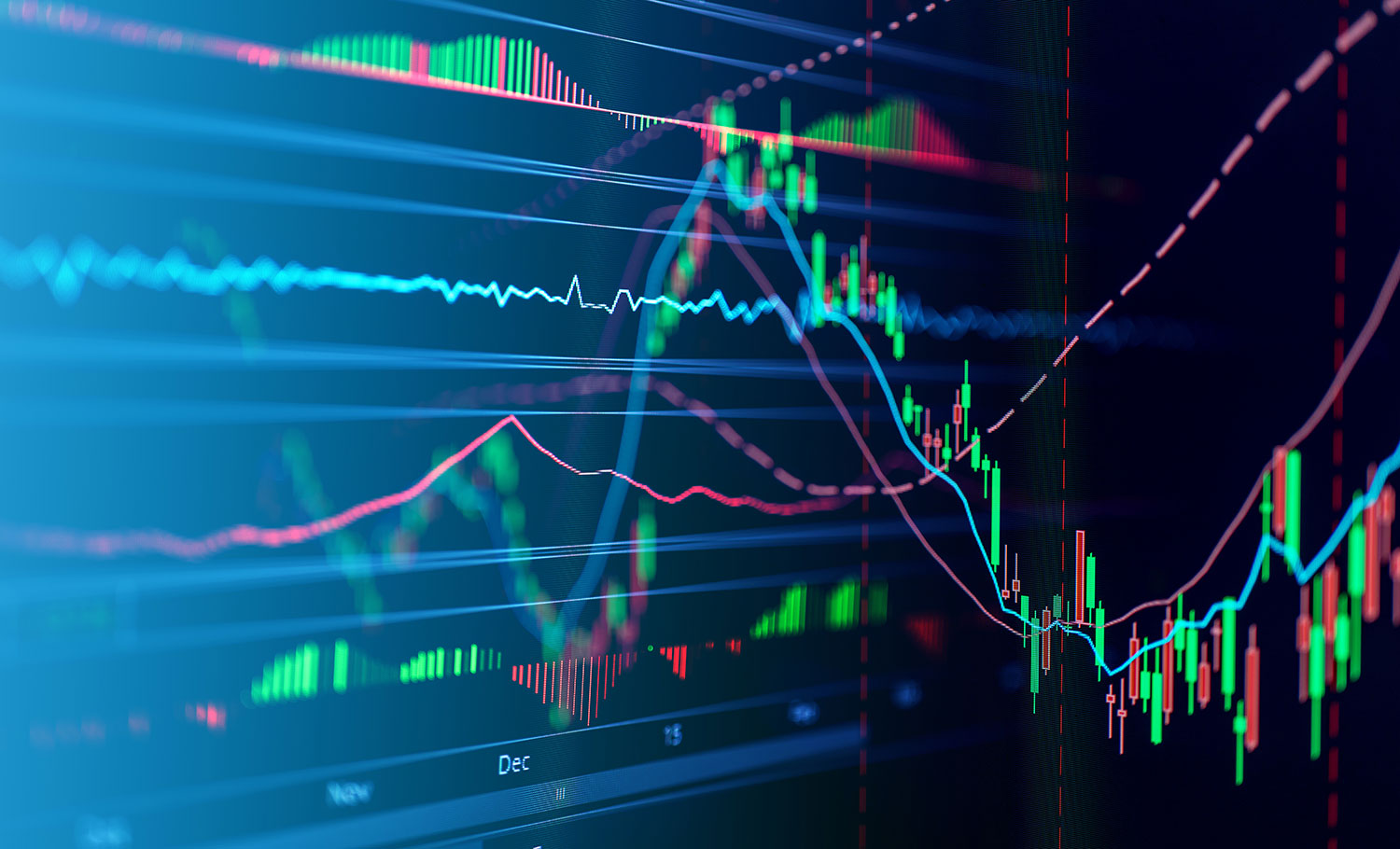 While the latest travel data reflects the dire situation that we face, it is very useful when speaking with Congress, the administration and government leaders about the urgent need to provide relief to our industry now. We also know that real-time insights are critical to detecting shifts in traveler behavior and sentiment so that you can plan appropriately for the future.

Note: This page will be updated every Thursday with new travel industry data.

The latest forecast prepared for the U.S. Travel Association by Tourism Economics projects visitation and travel spending (both domestic and international). 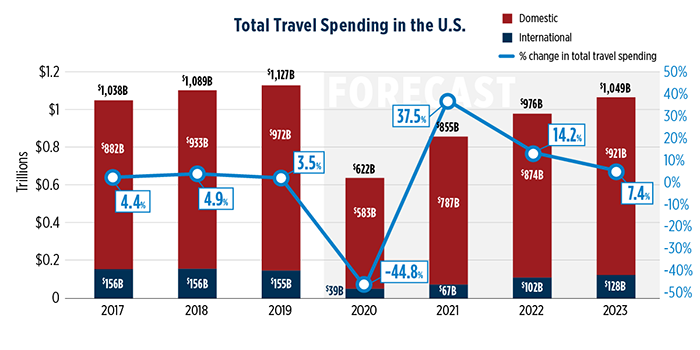 Weekly Analysis
New analysis by Tourism Economics shows a week-by-week outlook on travel spending in the U.S. including a look at regional and state-by-state breakdown. Findings from the August 6 report:

The Daily Travel Index from Arrivalist measures consumer road trips of 50 miles or more in all 50 U.S. states. Updated approximately every 48 hours 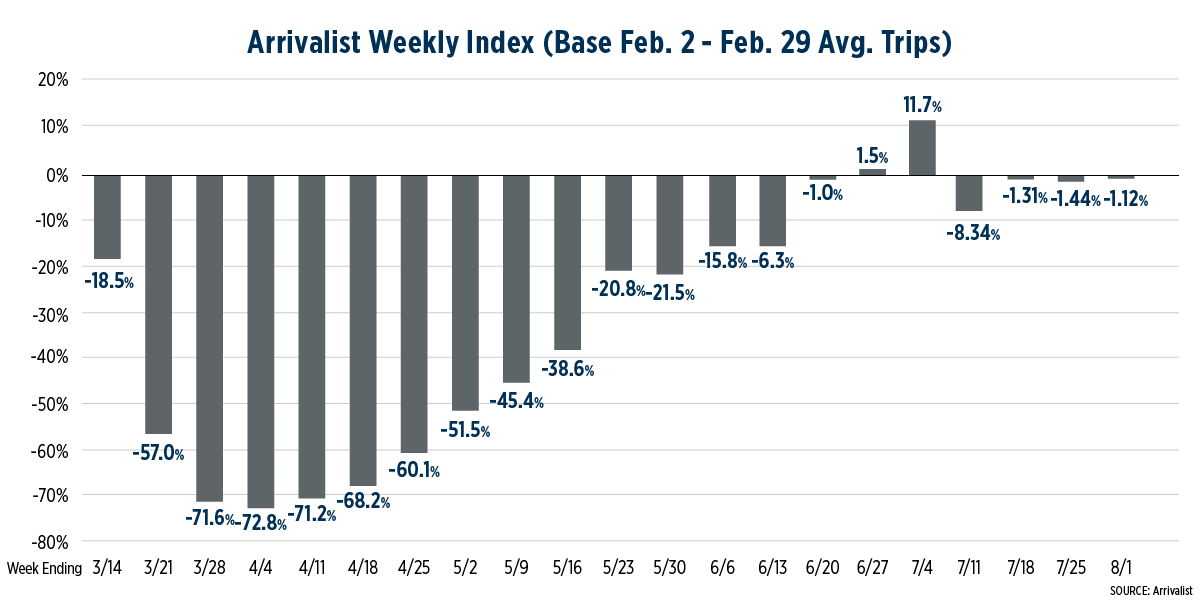 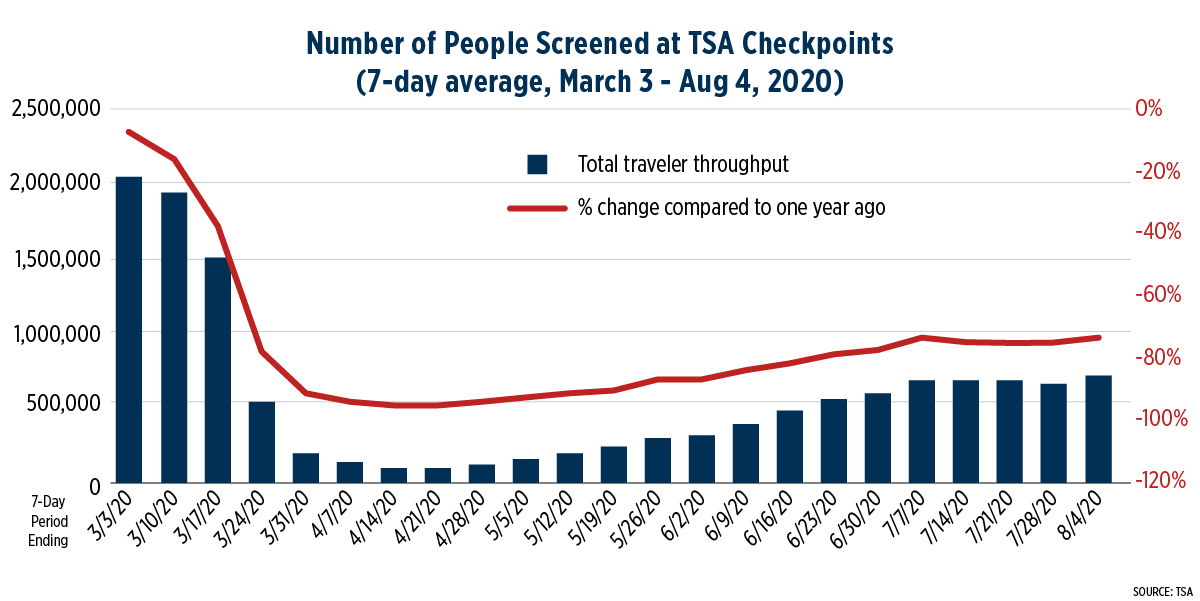 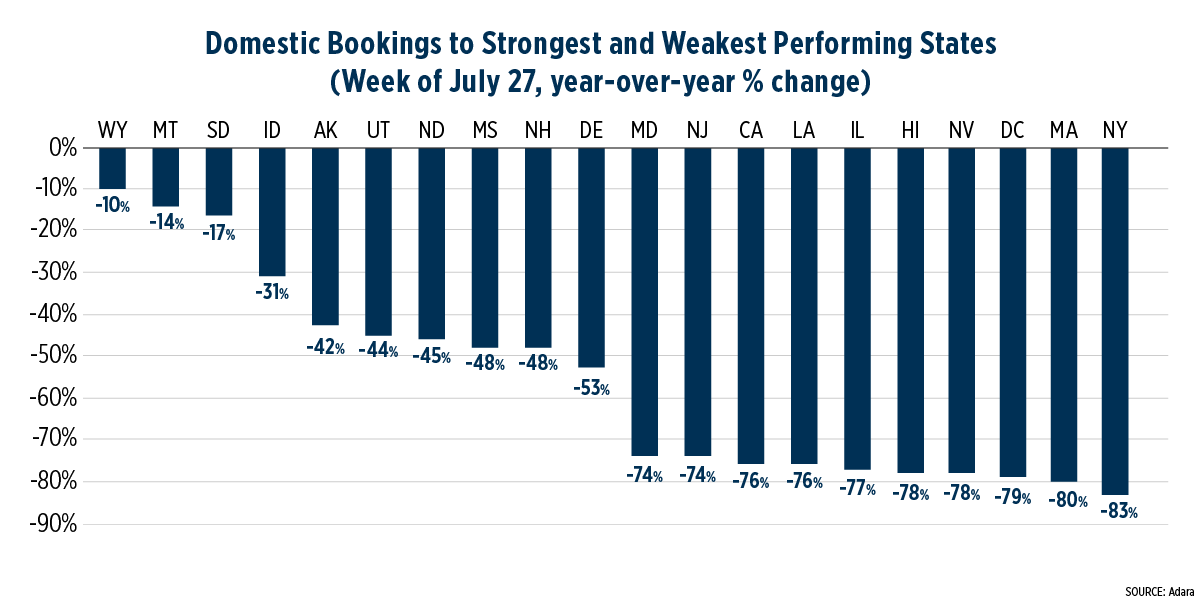 Ketchum's Transforming Travelers Study analyzes how how travelers are reacting, reengaging with the world and redefining their values when it comes to traveling during the nonstop disruption that comes with the COVID-19 crisis. Highlights from the July 30 survey:

An analysis by Oxford Economics on April 15 models the economic impacts of the travel industry from expected downturns in terms of GDP, unemployment and taxes. An updated analysis will be released mid-June.

WEBINAR: On Thursday May 21, a panel of industry voices focused on how the travel industry, and DMOs in particular, can utilize research to inform their approach to recovery moving forward. You can also view the key takeaways and KPIs for DMOs to consider that were discussed during this webinar. 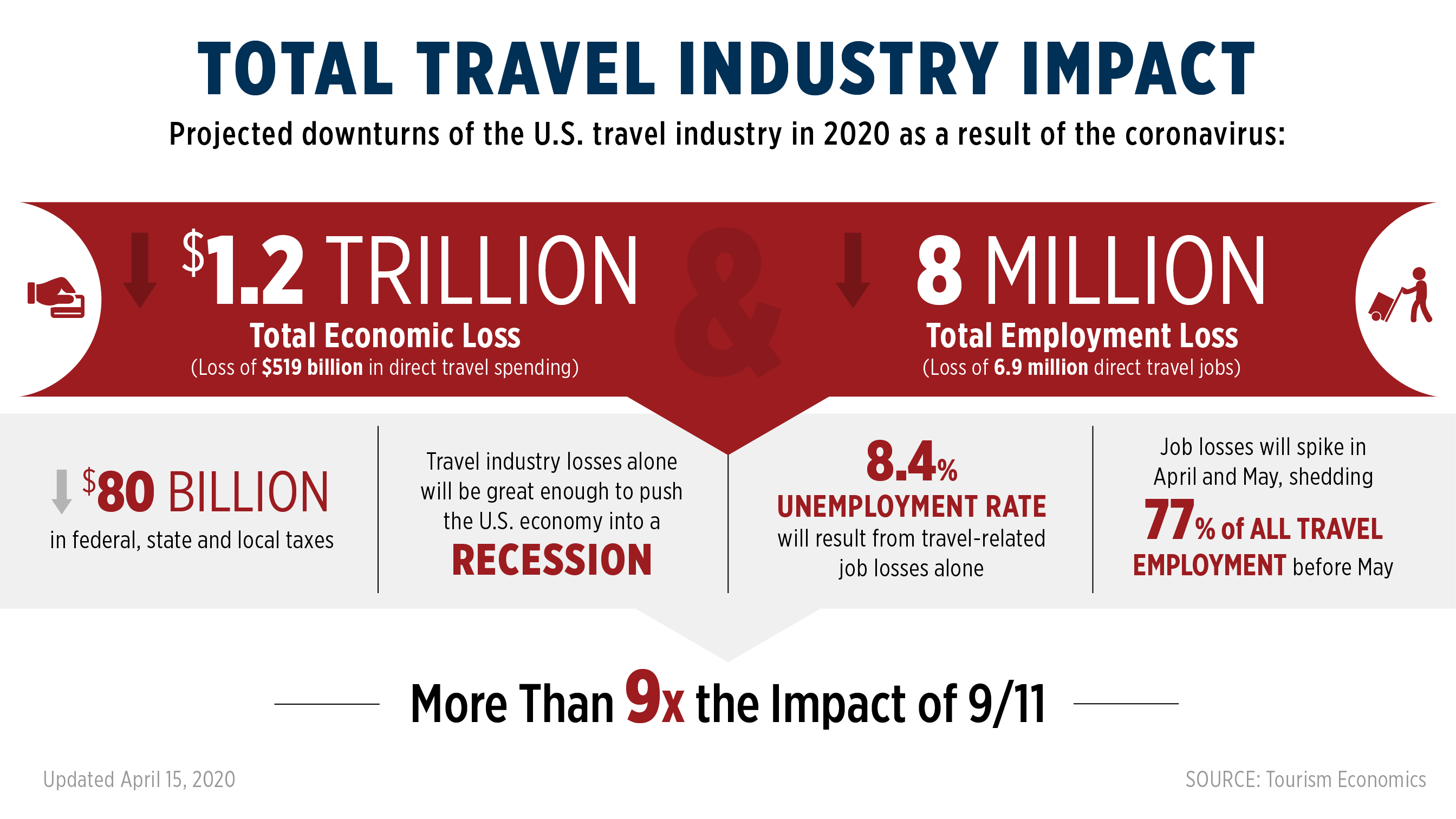 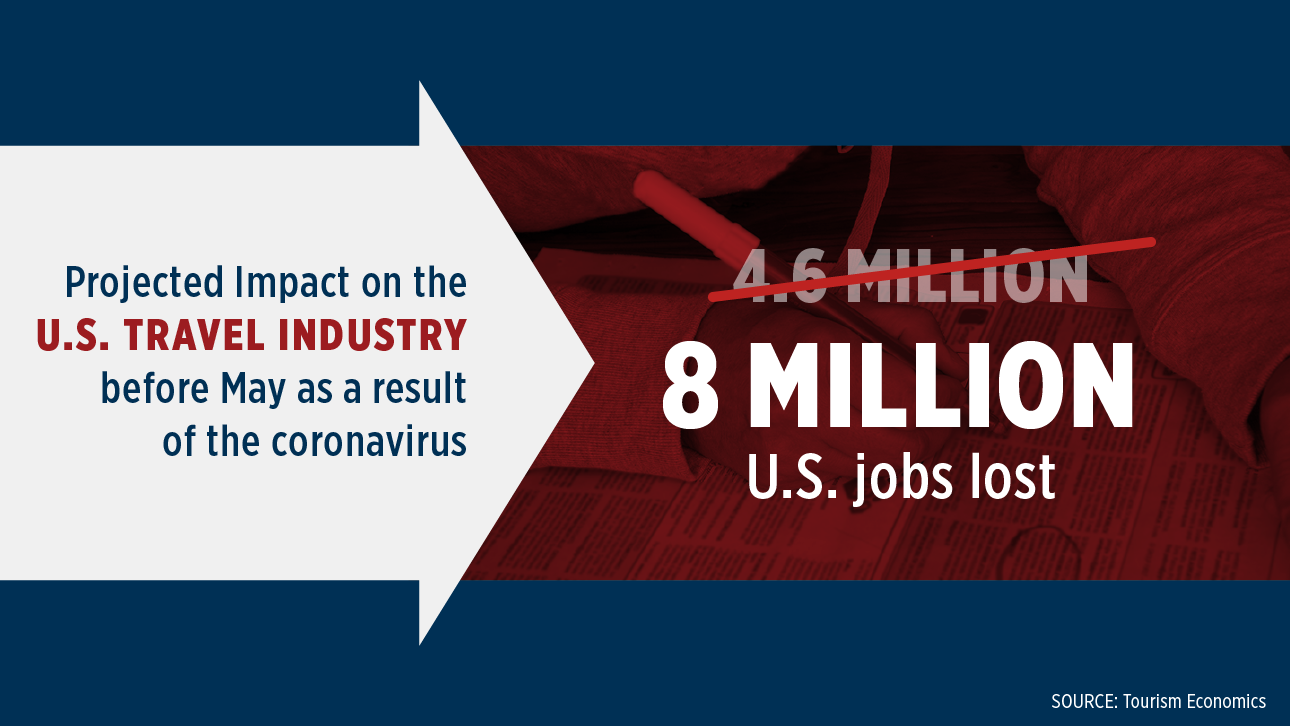