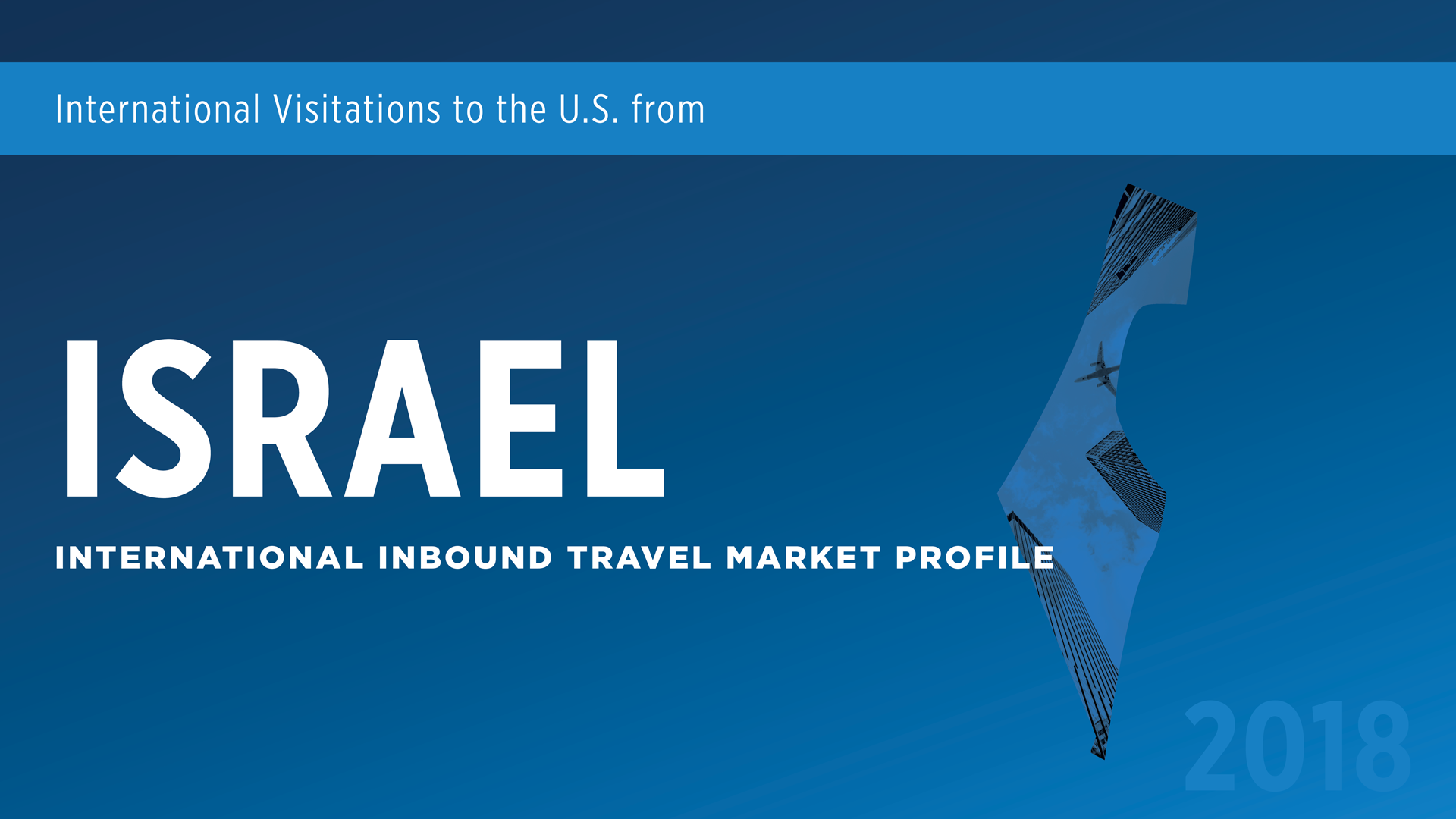 Israeli travelers have long considered the United States an attractive destination. However, due to competition from other markets—and visa-free travel to most competitors, including all European Union countries—travel growth from Israel to the U.S. has been relatively static. The United States fell from its rank as Israel’s second-largest travel destination in 2001 to its fifth largest in 2018.

Nevertheless, the United States remains, by far, Israel’s largest destination market outside of Europe. The U.S. is also a key trade partner, as Israel is one of only 20 countries with which the U.S. has signed a free trade agreement. However, the U.S. exhibits a travel trade deficit with Israel of $1 billion, a result of stronger spending by Americans in Israel ($2.8 billion in total travel imports) than Israeli spending in the U.S. ($1.8 billion in total travel exports). This travel trade deficit has been growing over the years and reached its highest level in 2018.

The attached Country Profile offers a snapshot of the Israeli travel market and of the latest trends in visitations by residents of the Israel to the U.S.