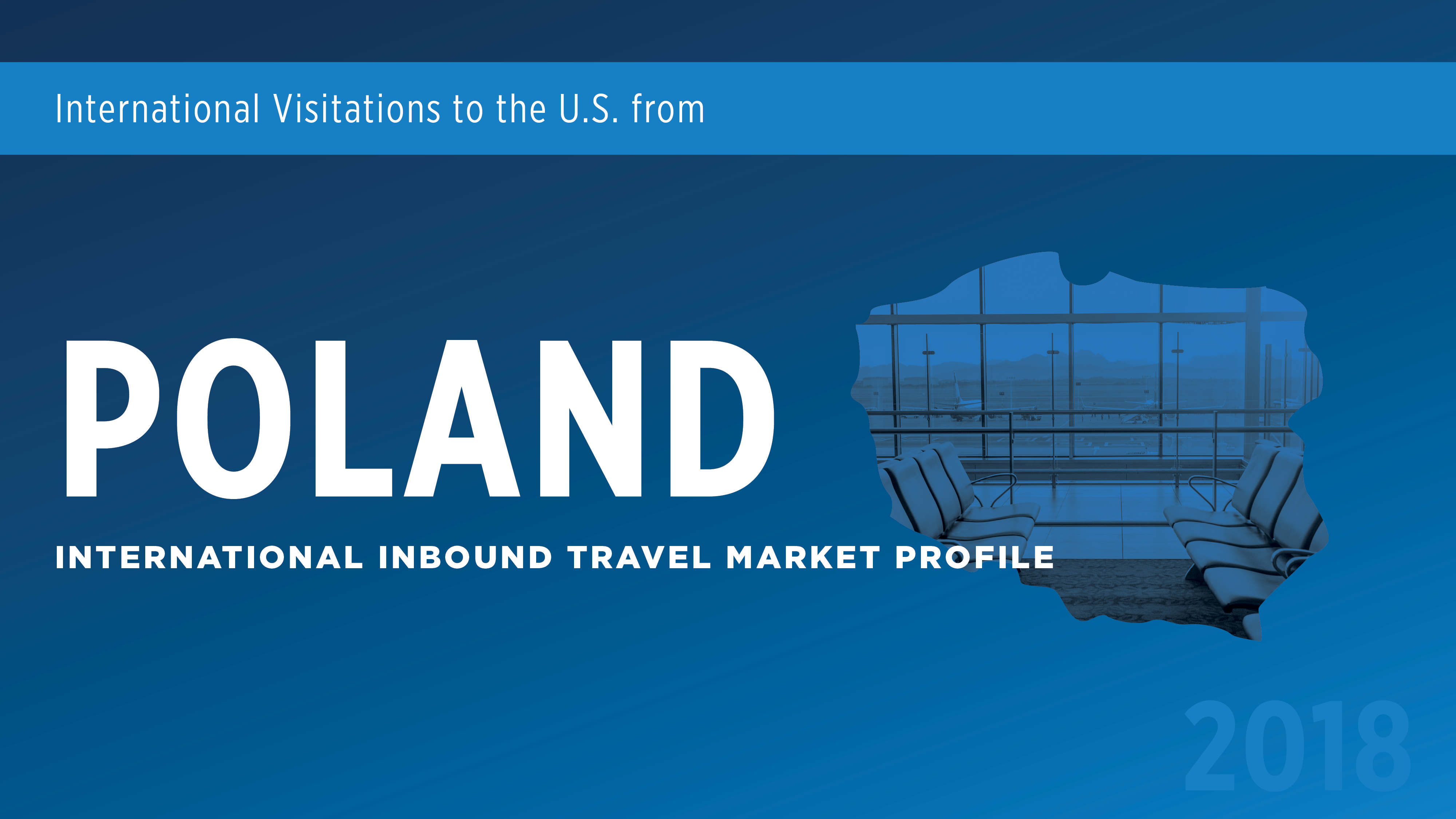 Over 211,000 Polish residents visited the U.S. in 2018, marking the fifth consecutive year that Polish visitation to the U.S. has reached an all-time high. Poland is one of the fastest-growing European international inbound travel markets for the U.S. From 2013 to 2018, Polish visitation to the U.S. increased by 53%, much faster than the 20% increase from Eastern Europe and the 13% increase from Western Europe. The U.S. is the No. 2 long-haul destination for Polish residents and accounted for 17% of all long-haul visitation from Poland in 2018. The only non-European destination that attracted more Polish visitors was Egypt.

Visitation growth is expected to pick up over the next several years as a result of Poland’s acceptance as the 39th country in the Visa Waiver Program in November 2019. U.S. Travel predicts that an additional 233,000 Polish visitors will come to the U.S. over the next three years because of the country’s entry into the VWP.

The attached country profile offers a snapshot of the Polish travel market and the impressive impact that Poland's admission into the Visa Waiver Program is expected to have on the U.S. economy.